Solid Waste Management in the U.S.

Municipal solid waste is composed of all of the things we throw away each day. These include common items like packaging, food scraps, yard waste, furniture, magazines and mail, appliances and disposable diapers. Diapers make a small contribution to solid waste. Many common household items are present in much larger quantities. Diapers can be safely disposed of in any common solid waste management system.

According to the U.S. Environmental Protection Agency (EPA), Americans generated about 250 million tons of trash in 2010. On average each person throws away about 4.5 pounds per day, a number that has remained constant since 1990. The chart below shows an overview of our trash before any recycling occurs. More details can be found in Municipal Solid Waste Generation, Recycling, and Disposal in the United States: Facts and Figures for 2010 (.PDF, 1.3M), published by EPA.

Historically, the discussion about diapers and the environment has focused on their contribution to landfills. According to the EPA’s most recent data, adult and infant disposable diapers accounted for about 1.5% of total municipal solid waste in 2010. For comparison, other categories of household solid waste include:

Source: Municipal Solid Waste in the United States; Facts and Figures for 2010, US EPA Office of Solid Waste, 2010 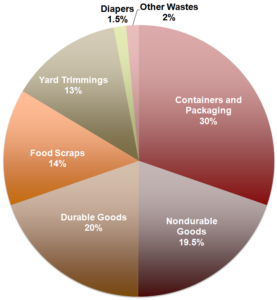 Therefore diapers make a relatively small contribution to total solid waste. The EPA also gives a breakdown of how municipal solid waste is handled in the U.S.:

Disposable diapers are compatible with all common methods of municipal solid waste management. 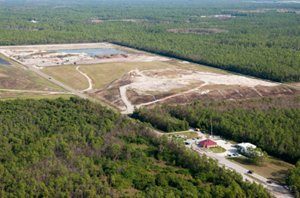 Many questions about diapers have focused on their disposal in landfills. Today’s landfills are designed to minimize their impact on the surrounding environment. They are built and operated to prevent contamination of groundwater and surface water, prevent release of methane gas, and prevent unstable soil conditions. In most landfills, garbage is added in a series of layers and covered with heavy soil to prevent water from seeping through and percolating into underground water.

Like other forms of solid waste, diapers are easily compressed when landfilled. Neither the diaper’s ingredients, nor the baby waste they contain, can leach out from modern landfills.

Led by Professor of Anthropology at the University of Arizona, Dr. William Rathje, the Garbage Project excavated over 20 landfills and found that it takes a long time for anything (paper, yard waste, and even food) to decompose in a landfill.

Dr. Rathje also noted that one of the major myths about garbage is that diapers are a major constituent of landfills. People who were polled estimated that disposable diapers occupied somewhere between 5 and 40 percent of landfill space. But Dr. Rathje’s excavations showed that diapers were less than one percent by weight and less 1.5 percent by volume of the waste in landfills. (Rathje, W. L., and C. Murphy. Rubbish!: The Archaeology of Garbage. New York: Harper Collins, 1992.)

Research continues on ways to recovery energy from landfills. A few landfills have been designed to encourage biodegradation and generate methane gas, which is used to produce renewable energy. These landfills have specially designed liners to prevent water seepage and a system of drains and pumps to circulate the water. Under these conditions, the organic portion of diapers would be converted to methane like other biodegradable materials.

Incineration is possible in a controlled environment.

Diapers should not be burned in an uncontrolled setting like your backyard.

However, burning or incineration in an approved and controlled environment is appropriate, including the use of incinerators designed for energy recovery. The materials used to make disposable diapers are commonly used materials that do not form unusual or uniquely toxic emission products.

Composting and biogasification take advantage of the inherent biodegradability of organic waste. In such facilities, yard wastes, food wastes, and non-recycled paper wastes can be broken down to carbon dioxide, water, and compost, a soil-like material. Studies show that diapers are compatible with large-scale municipal composting systems that have the ability to maintain proper temperatures for pathogen control – and the equipment to remove plastics and other non-compostable materials. Diapers should not be used in residential composting. 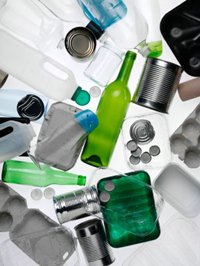 It is technically possible to take a diaper apart and recover some components There are a few companies experimenting to make this kind of recovery economically feasible. The main challenges a company or a city face to recycle absorbent hygiene products are: a) cost to collect the relatively small fraction of household waste separately from other waste b) Identifying which parts of the recovered plastics or biomass have enough market value in their area.

Diapers and the Environment References 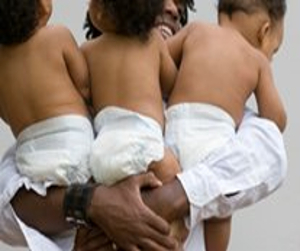